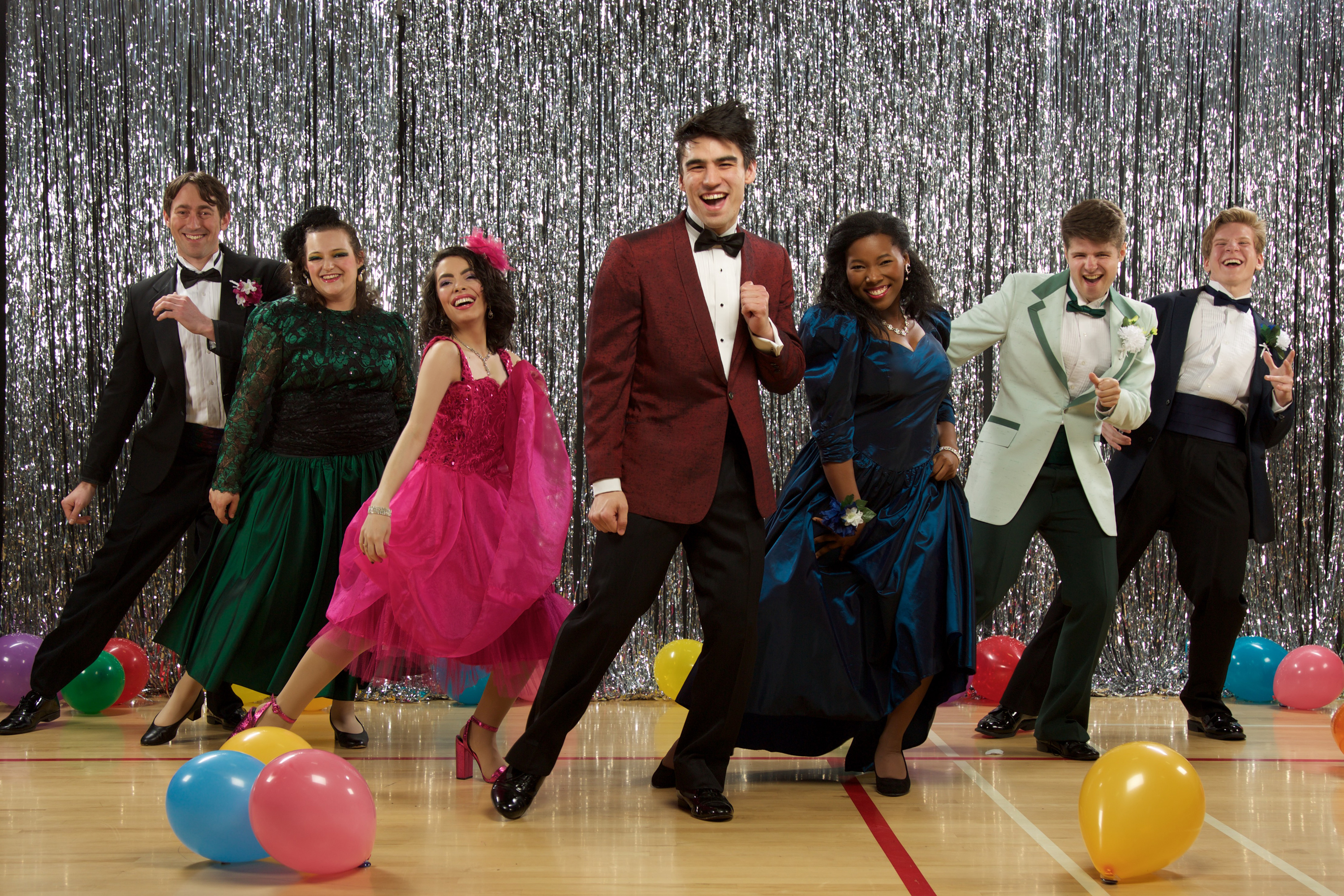 Disco, line dancing, country and western, and a whole lotta teenage angst converge on the stage of Broadway Rose Theatre Company‘s New Stage for its second big musical of the season, Footloose.

The story revolves around Ren McCormack (Eric Asakawa), a Chicago teen forced to move to a small western town with his mother Ethel (Ali Bell) to live with his aunt and uncle. In this backwater town, where dancing has been banned following a car accident that killed four teens returning from a dance, Eric stands out. He’s street smart, he has an attitude, and he dances.

While Ren may seem wild and attracts negative attention wherever he goes, the good parents of Bomont have no idea what their teens are up to. The leader of girl mischief is none other than the Rev. Shaw Moore’s (Bruce Blanchard) daughter Ariel (Malia Tippets), who has taken up with a biker dude called Chuck Cranston (Benjamin Scott Usher).

Kayla Dixon and the cast of Footloose at Broadway Rose Theatre. Photo by Sam Ortega.

There is a predictability to this simple boy-meets-girl plot. Of course Ariel finds herself drawn to Ren, and Cranston is determined to make trouble for them. Of course the kids want to dance–especially after a bunch of them sneak off to the neighboring town and experience line dancing. The good parents of Bomont, led by Rev. Moore, continue to  give thumbs down. And yet the kids, united by Ren and Ariel, persist.

What’s really great about the show, directed and choreographed by Peggy Taphorn, are the singing and dancing. Asikawa dominates the stage with his singing, dancing, and gymnastic moves, and is a perfect match for Tippets’ Ariel. Bruce Blanchard, Kayla Dixon as Rusty, and Calvin Lieurance as Willard each steal a scene or two. The 28-member cast and 9-piece orchestra conducted by Alan D. Lytle share a relatively small space yet manage and pull off the performance with skill and exuberance.

Footloose runs through September 1. All performances are sold out.To get on the standby list, call 503-620-5262.