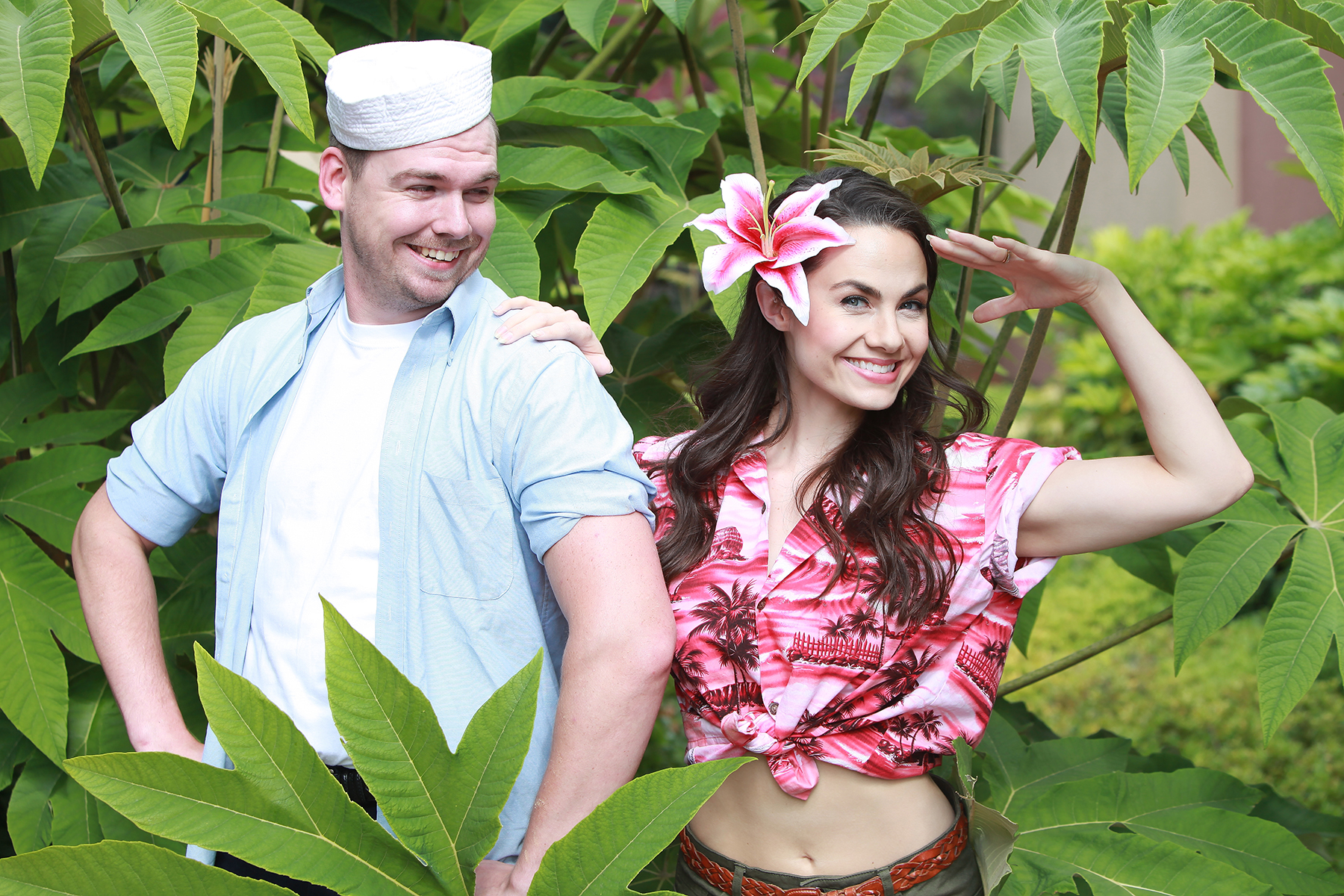 The story is loosely based on James Michener’s 1947 Pulitzer-Prize winning book Tales of the South Pacific. It centers around U.S. Navy nurse Ensign Nellie Forbush (Kelly Sina), a transplant from the Deep South, and her romance with an older plantation owner, French expatriate Emile de Becque (Michael Sharon). As the play opens, Nellie is at lunch with de Becque at his home. Clearly the pair are head over heels for each other, and soon after that de Becque proposes marriage. All is well until Nellie learns that the two adorable, mixed race children in his home are actually his, the result of his relationship with their now-deceased Polynesian mother.

The sub-plot involves Marine Lt. Joseph Cable (Adam Elliot Davis), newly arrived at the base prior to being sent on a dangerous spy mission in Japanese-held territory. At the urging of Luther Billis (Josh Johnson), Cable and Billings visit nearby island Bali Hai–the home of Bloody Mary (Kelsey Hoeffel) and her lovely daughter Liat (Briana Kuni). There Cable meets and falls in love with Liat. But once again racism rears its ugly head and their chance for happiness is thrown away.

The production is a solid one featuring some of Rodgers and Hammerstein’s best songs and particularly strong performances from Sina, Sharon, Davis, and Johnson. Kelsey Hoeffel takes the role of Bloody Mary and runs with it, and her expressive dancing adds a special touch. The simple but inviting set (Christopher D. Whitten) and exotic backdrop evoke the island mood. Choreographer Wesley Robert Hanson and vocal director Stephanie Lynne Smith bring out the best in the cast of 30. Grace O’Malley’s costumes are spot on, and music director Lars Campbell conducts the 10-piece orchestra.

South Pacific plays at Osterman Theatre on the Clackamas Community College campus in Oregon City Thursdays through Sundays through August 25. It’s an enjoyable show for the entire family.

The persistent fun of Footloose!Play Reviews