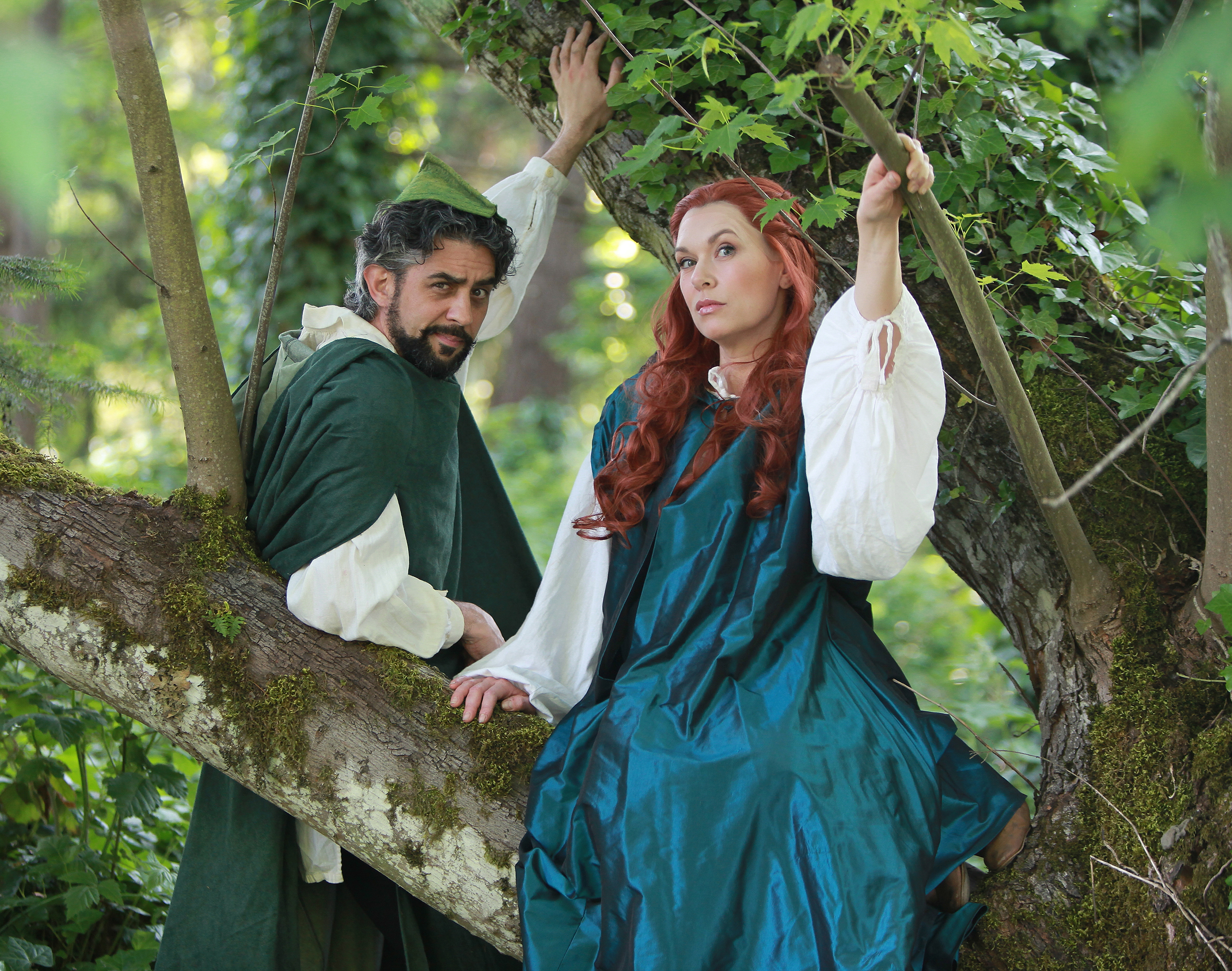 The Robin Hood story is deeply rooted in English folklore, and there are many variations. This version is set in 1194. While England’s rightful king Richard the Lionhearted is away, fighting in the Crusades, Prince John plots to usurp the throne. There are taxes and more taxes, the sheriff cracks down on poachers, and Sir Guy behaves like a general slimeball. These are “men of greed,” someone points out, “and we have a sacred duty to perform.” Swords clash, arrows fly, and by the magic of special effects even hit people! There is mayhem and fun and romance, and very nearly a hanging! Thanks to fight choreographer Jonathan Cole, no one is maimed.

Playwright Ken Ludwig wrote his first Broadway hit, Lend Me A Tenor, which debuted in 1989. It was nominated for nine Tony awards and won three. Other popular shows include Crazy for You, Moon Over Buffalo, and Shakespeare in Hollywood.

Matilda: ‘the anarchy of childhood’Play Reviews